HOW I MADE MY BOOKS

“How I made my books” is a specialized essay contributed to an anthology of statements by artist-illustrators. It is a literal account of Matisse’s method of working, descriptive rather than theoretical, with the notable exception of the parallel drawn between making a painting and making a book. (2) This procedure from the broad conception to detail, and then through a process of distillation and reduction to essentials, seems to run throughout Matisse’s writings.
- Jack Flam 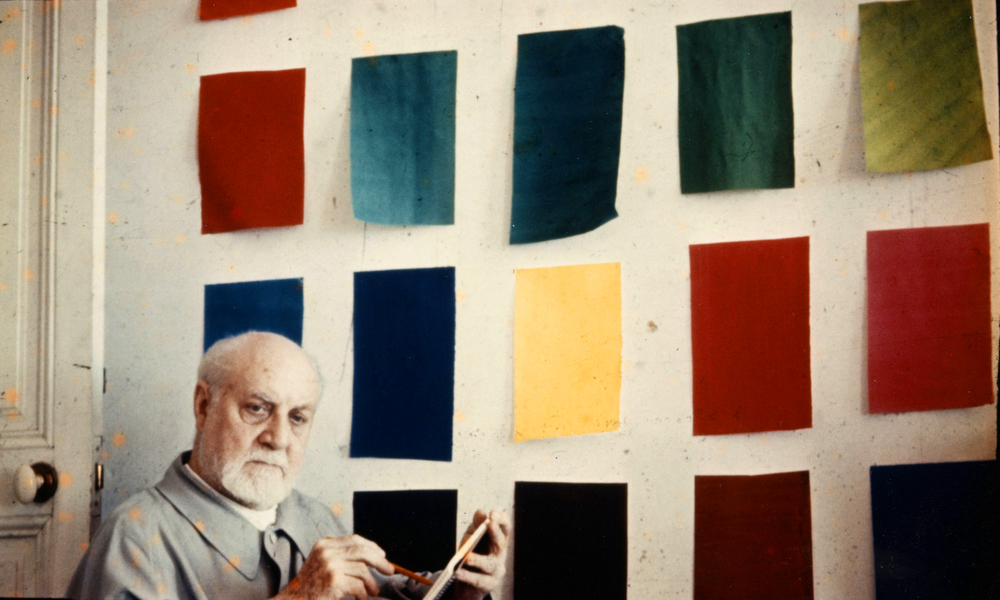 How I Made my Books

To start with my first book - the poems of Mallarmé. (3)

Etchings, done in an even, very thin line, without hatching, so that the printed page is left almost as white as it was before printing.

The drawing fills the entire page so that the page stays light, because the drawing is not massed towards the center, as usual, but spreads over the whole page.

The recto pages carrying the full-page illustrations were placed opposite facing verso pages that carry the text in 20-point Garamond italic. The problem was then to balance the two pages - one white, with the etching, the other comparatively black, with the type.

I obtained my result by modifying my arabesque in such a way that the spectator should be interested as much by the white page as by his expectation of reading the text.

I compare my two pages to two objects taken up by a juggler. Suppose that his white ball and black ball are like my two pages, the light one and the dark one, so different, yet face to face. In spite of the differences between the two objects, the art of the juggler makes a harmonious whole in the eyes of the spectator.

My second book: Pasiphäé by Montherlant. (4)

Linoleum engravings. A simple white line upon an absolutely black background. A simple line, without hatching.

Here the problem is the same as that of the “Mallarmé,” except the two elements are reversed. How can I balance the black illustrating page against the comparatively white page of type? By composing with the arabesque of my drawing, but also by bringing the engraved page and the facing text page together so that they form a unit. Thus the engraved part and the printed part will strike the eye of the beholder at the same moment. A wide margin running all the way around both pages masses them together.

At this stage of the composition I had a definite feeling of the rather bleak character of this black and white book. A book, however, is generally like that. But in this case the large, almost entirely black page seemed a bit funeral. Then I thought of red initial letters. That pursuit caused me a lot of work; for after starting out with capitals that were pictorial, whimsical, the invention of a painter, I had to settle for a more severe and classical conception, more in accord with the elements already settled - the typography and engraving.

Now for the cover. A blue came to my mind, a primary blue, a canvas blue, but with a white line engraved on it. As this cover has to remain in the slipcase or in a binding, I had to retain its “paper” character. I lightened the blue, without making it less blue, but through a woven effect - which came from the linoleum. Unknown to me, an attempt was made whereby the paper, saturated with blue ink, looked like leather. I rejected it immediately because it had lost the “paper” character I wanted it to have.

This book, because of the numerous difficulties in its design, took me ten months of effort, working all day and often at night.

My other books, notably Visages, the Poésis de Ronsard, the Lettres portugaises, (5) those in the process of publication, which are waiting their turn at press, though they differ in appearance, were all done according to the same principles, which are:

1st. Rapport with the literary character of the work;
2nd. Composition conditioned by the elements employed as well as by their decorative values: black, white, color, kind of engraving, typography. These elements are determined by the demands of harmony for the book as a whole and arise during the actual progress of the work. They are never decided upon before the work is undertaken, but develop coincidentally as inspiration and the direction of my pursuits indicate.

I do not distinguish between the construction of a book and that of a painting and I always proceed from the simple to the complex, yet I am always ready to reconceive in simplicity. Composing at first with two elements, I add a third insofar as it is needed to unite the first two by enriching the harmony - I almost wrote “musical.”

I reveal my way of working without claiming that there are no others, but mine developed naturally, progressively.

I want to say a few words about lino engraving.

Linoleum shouldn’t be chosen just as a cheap substitute for wood, as it gives the print a particular character, very different from that of wood, and for which it should be sought. (6)

I have often thought that this simple medium is comparable to the violin with its bow: a surface, a gouge - four taut strings and a swatch of fair.

The gouge, like the violin bow, is in direct rapport with the feelings of the engraver. And it is so true that the slightest distraction in the drawing of a line causes a slight involuntary pressure of the fingers on the gouge and has an adverse effect on the line. Likewise, a change the character of the sound from soft to loud.

Lino engraving is a true medium predestined to be used by the painter-illustrator.

I have forgotten a valuable precept: put your work back on the block twenty times over and then, if necessary, begin over again until you are satisfied.

2. Matisse discussed his outlook on book illustration with Escholier (1956, p. 153): “I agree with your distinction between the illustrated and the decorated book. A book should not need a completion by an imitative illustration. Painter and writer should work together, without confusion, on parallel lines. The drawing should be a plastic equivalent of the poem. I wouldn’t say first violin and second violin, but a concerted whole.”

3. Matisse’s book, Poésis de Stéphane Mallarmé, Lausanne, 1932, was published by Skira in October 1932. It is interesting to note that Matisse does not consider books illustrated by drawings not specifically done for them (such as Reverdy’s Les Jockeys camouflés of 1918) or even designs not related to the text (such as his 1935 illustrations for Joyce’s Ulysses), as his “illustrated books,” but instead confines the term to books that were the result of close collaborations between him and the publisher. The history of the Mallarmé book is given by Barr 1951, pp. 244-246.

4. Henry de Montherlant, Pasiphäé: Chant de Minos (Les Crétois), Paris, 1944. Matisse spoke of this book to Gaston Diehl, “Matisse, illustrateur et maître d’oeuvre,” Comoedia, 132 (22 January 1944), p. 1: “The important thing is to create its substance. One lives with it in order to understand its demands, its possibilities. Little by little one ventures forward, one perfects the harmonies. These, in their turn, will permit me to color my blacks like my whites, to animate my surfaces and therefore to give the image the interior rhythm that corresponds to the expression of the author.”

6. Speaking of these linoleum cuts, Matisse told Gaston Diehl (“Avec Matisse le classique,” Comoedia, 102, 12 June 1943, p. 6): “Three elements are in play: the linoleum, the gouge, and the bonhomme. It suffices to arrive at a harmony between them, that is to express oneself according to the materials, to live with them. Gustave Moreau loved to repeat ‘The more imperfect the means, the more the sensibility manifests itself.’ And didn’t Cézanne also say: ‘It is necessary to work with coarse means’? Here, to do things with such simple means, but at the same time in a very delicate manner, it is necessary to feel deeply, the sensation must burst forth definitively and totally.”

From the book: Matisse on Art - revised edition, edited by Jack Flam, University of California Press, 2015, pp. 166-168
The text is published with permission from the editor Jack Flam.
Original text: © Succession H. Matisse 2019

Want to support our activities? Learn how you can do that!

By supporting us you are supporting the young and progressive art scene that’s struggling for visibility, funds and a space for expression within the cultural scene.
As the first independent art book publisher in Skopje, North Macedonia established back in 2016 PrivatePrint aims to publish and support artists’ books and emerging artists that work outside the established institutional frames. From the very beginning, parallel to its publishing program a versatile nonprofit program developed including exhibitions, promotions, international presentations, blog and online activities etc. This program represents the start of PrivatePrint Studio as an art and exhibition space, which was then officially established as an association in 2018 in order to further develop its mission. The Studio’s activities aim to create a platform for research and presentation of art books, design and other media of expression in contemporary art seen in a larger socio-cultural context. It provides better visibility and interconnection of artists and artistic practices in the local context as well as exchange of ideas internationally.
Therefore we need your support to maintain the running of the studio and open up more possibilities for emerging artists to develop and present their work.
You can donate, become a sponsor or apply for a year subscription of PrivatePrint’s publications! Read more below and contact us!

You can donate to support the Studio’s nonprofit activities and help us grow. All donors will be listed at our website unless they want to stay anonymous.

If you would like to make a personal donation at an amount of your choosing you can do that with a bank transaction at the following accounts:

If you are a company, institution or similar and would like to make a donation, please contact us for more information >>>

You can become a sponsor to a specific project. Please contact us for more information on our ongoing or future art book and art projects. All sponsors will be listed on our website and their support will be gratefully acknowledged in all the promotional materials on the project.

Please support one of the ongoing projects:

* Free shipment of the books within North Macedonia.
** For shipment rates internationally please send us an e-mail.